Most people think the Whispering Gallery that runs around the inside of the dome of Saint Paul’s Cathedral is so called because of its peculiar acoustics. Granted, if you whisper against the wall at any point, someone with their ear pressed to another some distance away will hear you. But I have my own theory — after climbing the 259 steps I was so out of breath that a whisper is probably all that anyone can manage.
If you want to take photos from the gallery, which for some spoilsport reason isn’t allowed, get somebody to cause a distraction by testing the echo. The outraged attendant will be so busy chastising the culprit that he won’t notice you snapping away to your heart’s content.
You can get even closer to God by climbing the 271 additional steps — that’s 530 in all — to the Golden Gallery above the dome from where the views of some of London’s most famous landmarks will take what’s left of your breath away.

Saint Paul’s is one of London’s top draws, and that often means standing in a long queue to get in, so go online, buy a London Sightseeing Pass and walk right up to the priority turnstile — you’ll be ushered straight through.
A London Pass brings considerable savings, and you get jump-the-queue admittance to more than 50 of the most popular attractions. These include Saint Paul’s, the Tower of London, the Tower Bridge experience, Shakespeare’s Globe, HMS Belfast, the Imperial War Museum, the Tate Modern and London Zoo. For sports fans there are free tours of Stamford Bridge, Wembley, Wimbledon, Twickenham and Lords. There are also discounts at shops, restaurants and bars, so the pass quickly pays for itself.
Not included, but worth every penny of the £23 fare (children £11), is the hop-on, hop-off open-top bus tour operated by Original Sightseeing Tours (several companies run buses, but this is by far the best. See www.theoriginaltour.com). If you’re lucky enough to board Scottish guide Rowan’s bus, you’re in for a treat. I wouldn’t be surprised to learn that this all-singing, all-knowledgeable young lady can recite all 226 lines of Tam o’ Shanter — in Klingon — while dancing a Highland Fling. I hung on her every word as she kept us informed and entertained for two hours. 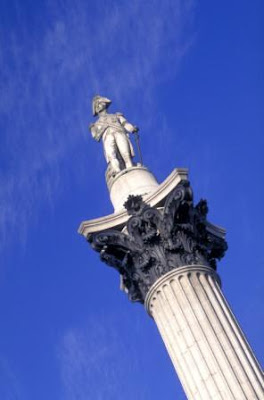 For a live commentary tour with an English-speaking guide as opposed to the recorded multi-lingual version via earphones, opt for the Yellow Route. It takes in Trafalgar Square and Nelson’s Column, Buckingham Palace and the Changing of the Guard, Big Ben and the Houses of Parliament, the London Eye, Downing Street, Horse Guards Parade, Saint Paul’s and Tower Bridge plus many other sights that are familiar to countless millions from photos and television and cinema images.
Seeing them up close is a thrill, but you needn’t settle for a fleeting glimpse. Stay on board the bus if it suits your timetable, or hop off and on and go exploring to make the most of a visit to London, which isn’t complete without taking in a show.
Fans of musicals are spoilt for choice, with Les Miserables, Grease, Thriller, Chicago, Blood Brothers, Jersey Boys, We Will Rock You, Let It Be, Singin’ In The Rain, The Lion King, Phantom of the Opera, Billy Elliot, Shrek and Mamma Mia!, to name but a few, at theatres in and around the West End (www.londontheatreboxoffice.net).
For those who prefer drama and comedy there’s The 39 Steps, Yes, Prime Minister, Abigail’s Party and the world’s longest-running play, Agatha Christie’s The Mousetrap. If you’re heading to London soon, don’t miss Martin McDonagh’s darkly comic masterpiece The Cripple of Inishmaan which is at the Noel Coward Theatre until August 31. Oscar winner McDonagh (for his 2005 short film Six Shooter) is the guy who wrote and directed the 2008 cult comedy movie In Bruges. He’s my favourite contemporary playwright.

Sadly, the tiny theatre space above the Cock Tavern in Kilburn (125 Kilburn High Road; the nearest Tube station is Kilburn Park) has had to close after a recent inspection found its steep and narrow Victorian staircases failed to meet safety standards. However, artistic director Adam Spreadbury-Maher and his team are seeking a new home to continue their award-winning work.
Despite the curtain having fallen on the venue, there’s plenty of impromptu entertainment in the downstairs bar, which was full of Irish building workers and celebrity lookalikes the evening I dropped by.
It was surreal: Eartha Kitt was playing pool with Francis Rossi of Status Quo while Richard Gere, Danny DeVito, Father Ted milkman Pat Mustard and Placido Domingo stood around swilling pints of Guinness. Sir Ian McKellen sat muttering under his breath as he tore up beaten betting slips and tossed them over his shoulder, and Martina Navratilova was warned she’d be barred if she didn’t stop shouting and swearing. I thought I’d walked on to the set of TV comedy series Stella Street.
I’d never heard of Mercer Street or any of the other six thoroughfares that radiate from the Seven Dials plaza in Covent Garden, but discovery is the great delight of travel. In choosing to follow a recommendation and stay at the 137-room Radisson Blu Edwardian Mercer Street Hotel, I’m delighted to say I discovered what will in future be my London home from home. If it’s full, I’ll happily sleep in the broom cupboard.

As it was, I slept in a bed so big that it wouldn’t fit in my spare room, in a suite the size of a sprawling apartment with a large lounge area, separate dressing room, a marble bathroom full of complimentary luxury toiletries and the latest interactive Apple technology that lets you connect your iPod, iPad and iPhone to the big-screen TV. And, as in all Radisson hotels worldwide, there’s free wifi throughout.
The hotel entrance looks on to the plaza at the cheese-wedge point where Mercer Street and Monmouth Street meet opposite the Crown pub. The nearest Tube stations are Covent Garden (four minutes’ walk), Leicester Square and Tottenham Court Road (both five minutes).
Inside, the weird and wacky pieces of art in the public areas and in the Dial Bar (try the cocktails) and Restaurant reflect the far-from-stuffy taste of the hotel’s owners. When it comes to art I know what I like, especially when it needs no explaining, and I liked what I saw because it made me smile.
I haven’t seen the checklist that manager Dawn Thomas uses when interviewing job applicants, but I’ll bet a ready smile and a sense of humour score bonus points. Her mostly-young staff are super-presentable, super-helpful, highly-efficient and clearly happy to be working there. When the staff are content, so too are the guests.
As Matilda the Musical is playing to packed houses at the Cambridge Theatre just across the plaza, the hotel has put together a special pre-show package for parents and children. Stupendous Afternoon Tea, from 2 to 5pm in the Dial Bar, lives up to its name. Among the irresistible goodies presented on tiered plates are Ludicrously Lovely Lemon Loaf Cake, Tremendously Terrific Trifle and Fantastic Fondue. The price is £29.50 for adults and £13.75 for kids, who get a free copy of Roald Dahl’s Matilda.

Monmouth Street is home to some great bars, cafes, restaurants, designer shoe and clothes shops (Irish fashion queen Orla Kiely is here) and chic boutiques. You’ll also find London’s longest-established French restaurant, Mon Plaisir, which has been in its present location since the 1940s and is a gem.
It gets very busy towards 9pm when service tends to slow a bit, but when you’re sitting in pleasant surroundings in good company and with the prospect of some fabulous food on the way (the onion soup is magnifique) the delay is negligible. Mon Plaisir is surprisingly good value too, with two courses from the set dinner menu for £22.95 and three for £24.95 every evening.
On the other side of the street, Hotel Chocolat’s basement Roast and Conch cafe offers a chocolate-themed menu, while upstairs it’s fun watching sweet-toothed shoppers fighting the urge to buy one of everything in sight. I bought a box of assorted centres for a pal of mine who’s the high priestess of a chocolate-worshipping cult who’ve been known to dabble in Black Magic, and she pronounced them the best she’d ever tasted. I can only take her word for it, because no one was offered the chance of giving a second opinion.

A few doors along from Hotel Chocolat is Murdock Barbers and Gentlemen’s Store (www.murdocklondon.com) where, thanks to having been given a gift voucher, I was treated to a haircut (because they don’t do transplants).
Every couple of months I pay €10 in Dublin for a trim that takes no more than five minutes, but I was in Murdock’s chair for an hour, during which time, mercifully, I wasn’t once asked if I’d been or was going on any holidays this year.
When the barber eventually waved the rear-view mirror behind my neck, I made appreciative noises, stood up — and remembered to my embarrassment that I hadn’t gone to the cash machine and couldn’t give him a tip.
“That’s no problem, sir,” he said, but I felt obliged to buy something.
“Eh … I’ll take a wee bottle of that cologne there,” I said, and handed over my credit card.
“Certainly, sir. That will be £70, please.”
I nearly fainted.
If you fancy being pampered, Murdock’s Luxury Full Service deal of shampoo and haircut, wet shave, head massage and shoe shine costs £90.

Neal’s Yard, which is accessible from both Monmouth Street and Shorts Gardens, is home to several terrace cafes and salad bars offering a huge selection of vegetarian dishes, but the busiest locale is Neal’s Yard Remedies. For a flagship store it’s small, but every available space is packed with the UK’s biggest range of natural health and beauty products that are handmade from home-grown and sustainable organic ingredients in the company’s eco factory in Dorset (it’s remarkable what you learn when you nip into the nearest shop to escape a sudden downpour).
One Seven Dials shop I needed no excuse to nip into was Neal’s Yard Dairy at 17 Shorts Gardens (www.nealsyarddairy.co.uk) where they sell more than 50 hard, soft, blue and washed rind cheeses made from cow’s, goat’s and sheep’s milk. I’d jump at the chance to work there, because each day before they open for business the staff have to taste all the cheeses, the lucky devils, so they can discuss them with customers.
The dairy isn’t hard to find — just follow your nose. Once inside, inhale deeply and savour the marvellous mouthwatering aromas, which made me feel quite dizzy. Not as dizzy as I felt looking down from the Whispering Gallery in Saint Paul’s. And certainly not as dizzy as I felt when I paid £70 for a free haircut. It wasn’t cologne I needed after a shock like that, it was smelling salts.
Most visitors to London throw themselves into the hustle and bustle of big city life, arriving with exhaustively-researched lists of the most popular sights to see and things to do. But I’ll bet if you asked tourists in Trafalgar Square — which is only 10 minutes’ walk from Mercer Street — about Seven Dials, the vast majority would respond with blank looks, which is a shame.
Maybe these few observations will help spread the word about central London’s secret village, its feel-good atmosphere, great restaurants and superb shops. If so, I’ll be Dialighted.